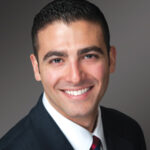 My primary goal is to get patients back on their feet and enjoying the activities they love. My advanced training in foot and ankle surgery allows me to provide cutting edge techniques and comprehensive state-of-the-art care. I take great pride in keeping my patients active through personalized care and thoughtful development of individualized treatment plans.

Dr. Sganga joined Orthopedics New England in 2016. Originally from Larchmont, New York, Dr. Sganga received his Bachelor of Science degree in Health Sciences from Ithaca College. From there, he went on to complete his Doctor of Podiatric Medicine degree from the Temple University School of Podiatric Medicine in Philadelphia, Pennsylvania. Dr. Sganga continued his education at Mount Auburn Hospital with an internship and residency in Podiatric Medicine and Surgery and was also a Clinical Fellow in Surgery at Harvard Medical School.

Dr. Sganga is continuously learning and staying on the forefront of podiatric medicine with advanced training in foot and ankle surgery, operative fracture management, and Charcot Reconstruction focusing on salvage techniques. For patients with bunions, he performs Lapiplasty®, an innovative 3D bunion correction system that has reinvented our approach to treating bunions. Dr. Sganga also possesses certifications in comprehensive foot and ankle arthroscopy surgical skills and is ACLS/BLS Certified by the American Heart Association.

Dr. Sganga has been active academically contributing to podiatry literature in the form of publications, manuscripts, peer-reviewed journals, and book chapters. In addition, he has been elected to the position of Young Liaison to the Council on Teaching Hospitals in 2017 for a two-year term. Dr. Sganga also sits on the American Podiatric Medical Association’s Pathway to Parity committee, as well as, he is a trustee on the Board of Directors for the Massachusetts Podiatric Medical Society. Dr. Sganga is Chief of Podiatry at Milford Regional Medical Center.

He has volunteered for the Nicaragua Medical Mission, Managua, and Leon Nicaragua in 2015, at the Boston Marathon’s Finish Line Medical Tent in 2014 and 2015, as a Medical Volunteer at the 2013 Weston Ultra-Marathon, and has been a Youth Hockey Coach for the Mamaroneck Youth Hockey Association.

Dr. Sganga is certified by the American Board of Foot and Ankle Surgery in foot surgery and reconstructive rearfoot and ankle surgery (RRA).

Dr. Sganga is one of the select few Doctors of Podiatric Medicine in the Boston area who performs Lapiplasty to treat bunions. Bunions are complex deformities caused by an unstable joint. Now Lapiplasty, a new innovative 3D bunion correction system, has reinvented our approach to treating bunions. This treatment option addresses your bunion in three dimensions to correct the root of the problem. Advanced fixation technology secures the correction in place, allowing for immediate weight-bearing after surgery instead of the typical 6-8 weeks of non-weight bearing and crutch use that patients usually have to suffer through. There is an overall faster healing time post-surgery and a lower recurrence rate because the root issue is being targeted and fixed the right way, the first time. The recurrence rate is 2-3% versus the traditional bunion recurrence rate of 20-40%. 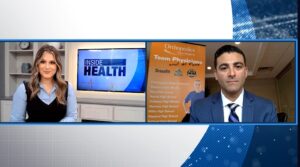 Dr. Sganga has been recognized and awarded with:

At Orthopedics New England, our physician assistants work closely with our physicians to provide the highest level of care for our patients.